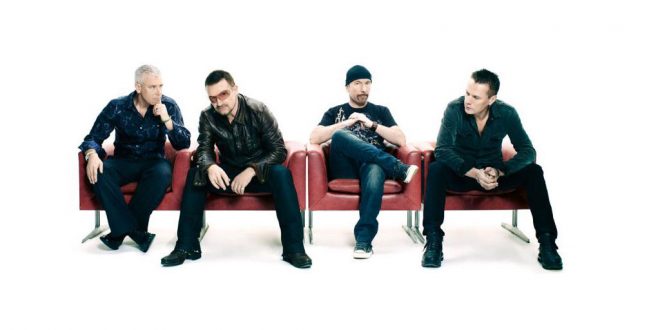 U2 Has Biggest Tour of 2017 With Joshua Tree International Trek

U2‘s Joshua Tree Tour is on track to be the biggest tour of 2017, selling 2.4 million tickets across North and South America, the UK and Europe, and Mexico.

“I’m grateful that the tour has been so well received and humbled by its incredible success,” the band’s manager Guy Oseary (with Maverick) tells Billboard of the tour, celebrates the 30th anniversary of the band’s seminal 1987 album that includes hits “Where the Streets Have No Name,” “I Still Haven’t Found What I’m Looking For” and “With or Without You.”

“The album has a deeply meaningful place in so many peoples lives, mine as well,” Oseary adds. “To honor that is both challenging and a true privilege. I’m appreciative of everyone that has come out to and will be coming out to this tour.”

The North American leg of the Joshua Tree Tour was experienced by over 1 million fans, wrapping at FirstEnergy Stadium in Cleveland on July 1. Produced by Live Nation Global Touring, the stadium tour is now headed to Berlin’s DE Olympic Stadium after two sold out nights at UK Twickenham in London. U2 will also perform in Barcelona, Dubin, Paris, Amsterdam and Brussels before heading back to North America for nine additional dates, starting Sept. 3 at Ford Field in Detroit and wrapping Sept. 22 at Qualcomm Stadium in San Diego.

“This all started with a seed of an idea to only do one show,” Oseary explains. “That seed grew into a beautiful Joshua Tree adding more and more shows. I wish this tour could go everywhere, but we need to get back to finishing the new album.”

The band previewed the new song “The Little Things That Give You Away,” from their follow-up to 2014’s Songs of Innocence titled Songs of Experience, during their first stop on the tour May 12 at BC Place in Vancouver. Lead singer Bono told Rolling Stone in May that he hopes to have Songs of Experience out by early 2018.

When asked what he enjoyed most about U2’s current tour, Oseary says that meeting the fans — whether they’ve been there since day one or are attending their first U2 show — takes the cake. “For me, a U2 show is a spiritually awakening experience,” he suggests. “The fans play a big part in that. You can feel a sense of community and unity within the audience at these shows.”